Now I realize that in December, when the days are short and the imposing darkness begins to wear on me, I’ll regret having said this: the sun is wearing me out. My body needs the kind of peace that only a dark, starry night can provide.

At first I was looking forward to being in Oslo on June 21, the longest day of the year. The best remedy for a grim Norwegian winter is the buildup to the summer solstice. But I went on a whirlwind trip with the Foreign Press Association into the Arctic Circle where, for five days, I didn’t see a cloud in the sky. Just the intense, bright yellow sun. In northern Norway towns like Kirkenes, Honningsvåg and Vardø, the sun doesn’t set for 60 days. Even when the peak of the midnight sun has passed, twilight increases by just 40 minutes each day. There isn’t a proper dark night from April through August. 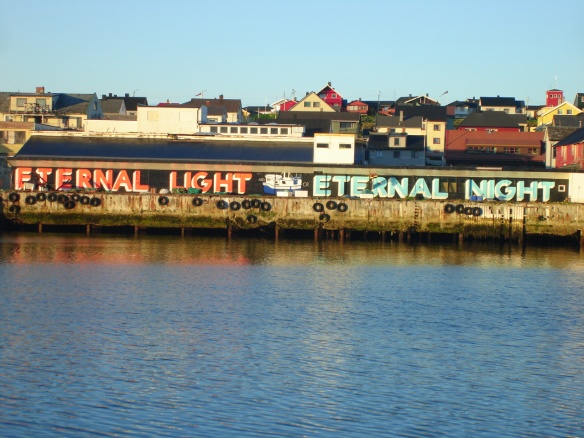 The first two days I was charmed by the whole thing. Sunshine all the time! Having to wake up about four hours earlier than I’d like didn’t feel so tough because the brightness and surprisingly warm weather lifted my spirits.

After a few days I started to feel tired. The sun was there when I got up at 6am for a press conference with the prime ministers of Russia and Norway, and at 2pm when we drove to the Norwegian-Russian border for a ceremony. When I clambered into bed at 11pm, I could see the sunshine bursting through the ineffective hotel curtains. My eyes opened for a moment around 3am and the blazing sun made me feel like I had fallen asleep watching television in the middle of the day. Even after eight hours of sleep I still felt like all I’d had was a power-nap.

By the end of the week I was programmed to fall asleep when the lights were simply turned off. I nearly nodded off during a Power Point presentation by an oil company executive.

Fortunately for them, localers are used to 60 days of sunshine in the summer and 60 days of darkness in the winter. I spoke to a native of Finnmark County in the High North who said besides being a little more tired than usual in the summer, he didn’t find it too challenging. “We aren’t depressed drunks in the winter, nor are we hyperactive in the summer,” he said, debunking ubiquitous myths. “It’s really not a big deal.”

I was lucky enough to have the chance to go to North Cape (Nordkapp in Norwegian), a 1,007-foot-high cliff with a plateau that attracts tourists from around the world to see the midnight sun in the summer and northern lights in the winter.

North Cape is the second northern-most point of Europe, a mere 2,102.3 kilometers from the North Pole. It has restaurants, a small chapel for weddings, a museum, a theater with a short video about the natural beauty of the High North, and a cheesy souvenir shop.

It offers panoramic views of the point where the Norwegian Sea, which is part of the Atlantic Ocean, meets the Barents Sea, part of the Arctic Ocean. 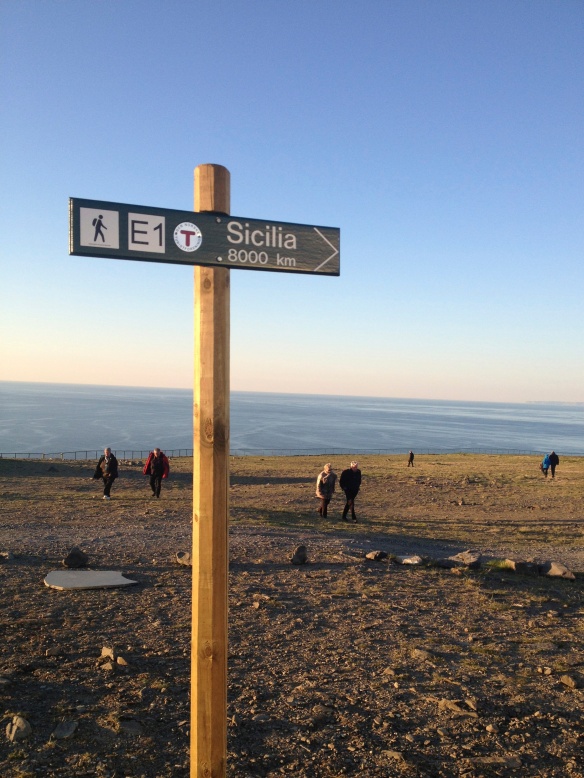 The midnight sun can be seen from 14 May to the 31st of July. The sun reaches its lowest point from 12:14 – 12:24am during those days. Below is a photo taken exactly at midnight.