Although photography isn’t my trade I think my verbose insight into Norwegian life needs some color. Rather than pretending to know how to work a fancy camera, I just turn on the HD setting on my iPhone 4 and try to capture what I see. If there’s any aspect of Oslo you’d like to get a glimpse of, feel free to leave a comment.

Click the link or photo to take the tour and remember to check back often for new galleries.

FINALLY, THERE’S A CROWD IN NORWAY

There is one day of the year that people pour into the streets and the train stations are as busy as a normal weekday afternoon on London’s Oxford Circus: May 17, Norway’s vigorously celebrated National Day.

LOCAL CHRISTMAS MARKET THE START OF A HOLIDAY TRADITION

My trip to the julemarked last year was a desperate attempt to enjoy the holidays at the tail end of an exhausting international move so this year, I spent an afternoon wandering from booth to booth to see all of the quirky things for sale.

Miscellaneous fish product and green cauliflower among other edible mysteries. 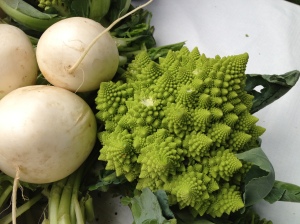 A SUNNY DAY ON THE SEASIDE

A crisp afternoon in Oslo inspired me to take a walk along the boardwalk. The area, called Aker Brygge, is a major tourist attraction but before it was invaded by high-end eateries and shops, it was a shipyard.

Ready for a tour of my neighborhood? I live in Majorstua which is in central Oslo, just north of the seaside. My street is off of one of the bigger shopping lanes in the city called Bogstadveien.

Tell me what you think. Cancel reply